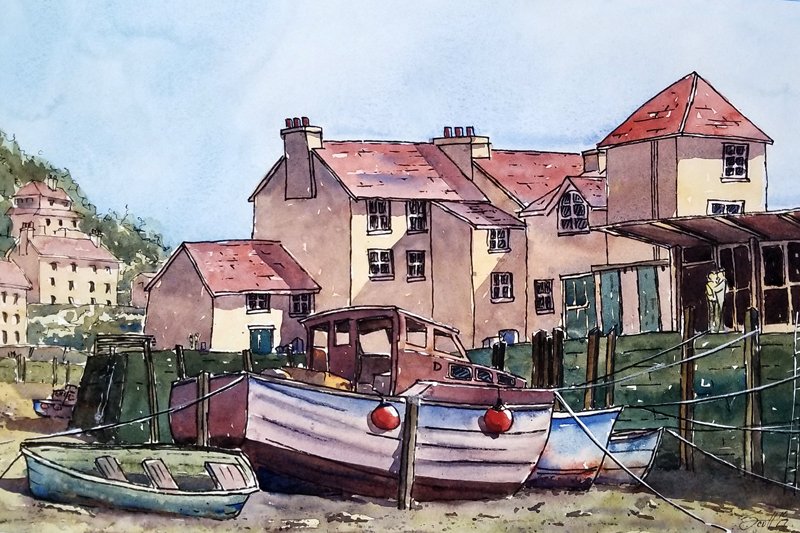 I had fun with this one.  It started with a reference image I found a while back on photosforartists.co.uk and tucked away until a later date. Recently, I sketched it out on my moleskin sketchbook as detailed in this post.

I tried several new things in this one.  New paper (Fabriano Artistico), white ink (Dr. PH Martin’s Bleed-Proof White), and larger Micron pens than I normally use.  Learned some lessons along the way.

You may notice along the way that the painting is skewed a little in the counter-clockwise direction, due to a poor drawing, which only became noticeable to me after the painting was completed.  The last image was rotated -2.49 degrees to compensate, and needed to be cropped accordingly, in an effort to save the painting.

Thanks for Stopping In

Scroll back to top